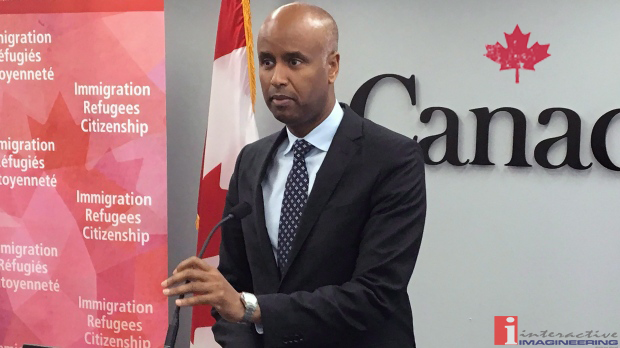 OTTAWA – An international review of Canada’s economic immigration system suggests the country is doing well when it comes to how it selects and welcomes foreign workers.

But the report from the Organization for Economic Co-operation and Development suggests that some tweaks would be helpful to ensure the needs of the economy are actually being met.

The OECD study comes as Quebec debates whether to slash the number of immigrants it accepts, and ahead of a federal election in which the immigration file is expected to be a major point of discussion.

The organization reviewed how Canada recruits foreign labour from the Express Entry program that sees the government effectively “invite” people to come to Canada permanently, to programs geared towards temporary workers.

Their analysis is that the system is largely working, but points out flaws such as the fact that the screening policy leaves room for political tinkering and that too many professional credentials from outside the country are not recognized in Canada.

The OECD released its report on Thursday alongside federal Immigration Minister Ahmed Hussen, whose Liberal government made several changes to the Express Entry system initially designed by the previous Conservatives.

The international body says some of the Liberal changes such as reducing the number of points an applicant received for having a job offer helped better align what the labour market requires and who is applying for entry.

The study suggests, however, that there are still mismatches occurring in the way the system is run. For example, what gets an applicant into the pool of potential invitees doesn’t align with what leads to an invitation to immigrate, making it harder for areas with labour shortages to get the candidates they need.

About 85,000 economic immigrants a year settle in Canada and whether that number is too high, too low, or just right is a frequent political flashpoint, linked at times to whether newcomers integrate successfully into the country.

The Quebec government wants to cut the number of immigrants that the province accepts, arguing that more work needs to be done to ensure they are matched with market needs.

Some business groups are arguing the planned intake numbers are far too low, and others have said the plan which comes as Quebec also pursues a so-called values test for newcomers is part of an anti-immigrant push.

The OECD report did not specifically review Quebec’s immigration program. It operates independently of the federal system and other existing provincial systems for selecting economic immigrants.

But it did find in general that newcomers directly recruited and settled by the provinces often have better outcomes than those who are welcomed via federal programs.

Pledging to make the immigration system better and more responsive to labour market needs is a regular promise on the election campaign trail.
The Conservatives have already promised that under their government, they would improve the credential recognition system.

Among other things in the 2019 federal budget, the governing Liberals promised to make permanent a pilot project that fast-tracks the application process for certain kinds of employees.

The OECD study suggested that the Global Skills Strategy does live up to its promise, and suggested it be used as a template to help speed up temporary labour programs for other categories.